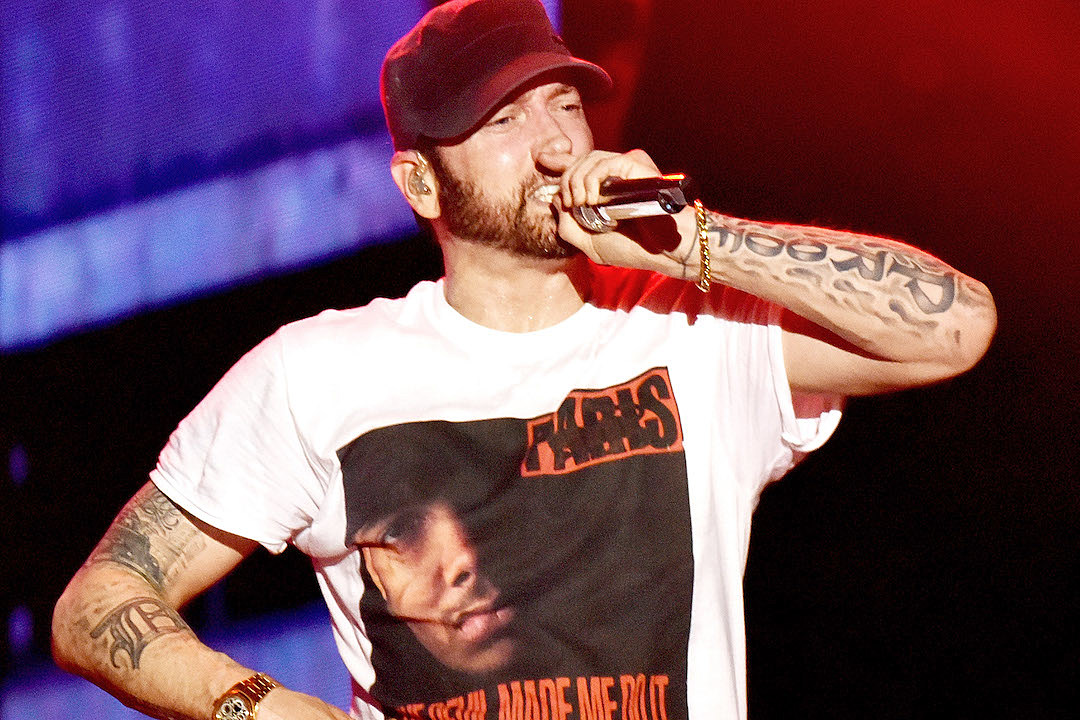 Eminem is catching heat across The Pond for one of the controversial lyrics on his new album.

On Friday (Jan. 17), Shady surprised the masses with his new LP, Music to Be Murdered By. On the song "Unaccommodating," he makes light of the bombing that occurred in Manchester at an Ariana Grande concert in 2017 that killed 22 people.

"But I'm contemplating yelling 'Bombs away' on the game/Like I'm outside of an Ariana Grande concert waiting," Em raps followed by explosion sounds.

Manchester Mayor Andy Burnham recently spoke up about the controversy and was not happy with Em's choice of words.

"This is unnecessarily hurtful and deeply disrespectful to the families and all those affected," Burham said in a statement to BBC News on Friday.

"(TW) Eminem really said in his new song 'unaccommodating' the lyrics 'bombs away like I'm at an ariana grande concert' and proceeded after with gunshots/explosions mocking manchester.. i am disgusted how did he or his team think this was okay? he's trash," wrote one Twitter user.

"Eminem, no. Just no," began another. "Who do you think you are to release this song? What made it seem right to write a lyric like this about Manchester? You have no idea what Ariana Grande went through. I’m absolutely disgusted."

Em's new album is projected to debut at No. 1 on the Billboard 200 when the tallies are announced next week.

See Every XXL Magazine Cover of the 2010s